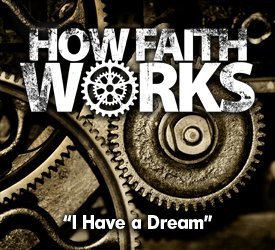 I Have a Dream

This message includes a video clip of Dr. Martin Luther King, Jr.'s "I Have a Dream" speech.

"Prejudice is when we make a distinction between people that God does not make. It is when we discriminate against people on the wrong basis and for the wrong reason." --Dr. Merritt