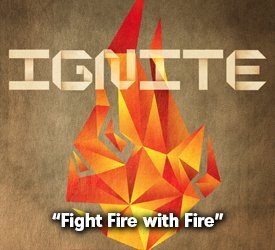 When we read about the early church at the beginning of the book of Acts, we see a group of believers that could be described by one word: "bold". In Acts 3-4 we witness the first miracle after Jesus' resurrection. Wee see crowds gathering to hear Peter teaching and preaching Christ. We read that over 2,000 came to Christ--in just two weeks since the Holy Spirit came at Pentecost, nearly 10% of the population of Jerusalem at that time had come to Christ!

We also read about the first fires of persecution. The same crowd that crucified Christ two months earlier is now attacking the early church. How did they react in the midst of this wave of opposition? In this message, Dr. James Merritt examines the boldness of the early church, and how we can learn to stand instead of run in the midst of challenges in our own lives and faith.

"Peter takes his stand on one thing and one thing only--that Jesus Christ has been raised from the dead and that He is indeed alive. He is standing tall on the one foundation that no one can shake--the foundation of an empty tomb and a resurrected Lord. To show you what a powerful statement that was, do you realize that never before that statement, or since that statement, has any other name of any other person ever been proclaimed as the only way to God? The only path to salvation? The only bridge from earth to heaven? Never." --Dr. Merritt