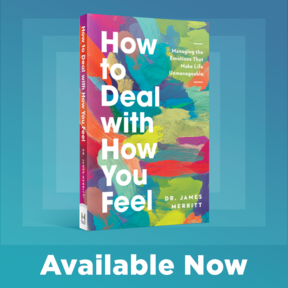 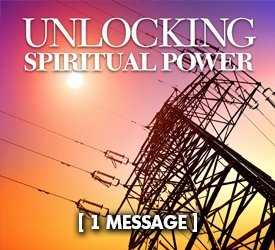 Jesus, in the garden of Gethsemane, was in His finest hour. Spiritual freedom from sin, and eternal forgiveness of sin was at stake. Satan and all the forces of hell were poised to strike. The shadow of the world’s sin was looming over him. The fire of God’s wrath was facing him if He went forward to the cross. It was decision time, and Jesus made this statement: "And He said, 'Abba, Father, all things are possible for You. Take this cup away from Me; nevertheless, not what I will, but what You will.'" (Mark 14:36) Within this statement we find the key that unlocks the door to spiritual power. Put in one word and there is only one key that fits the door to spiritual power, and if it is used, and if that door is unlocked, anybody can be a powerhouse for the kingdom of God. That key is surrender. The way you come to that point of surrender is found in this tremendous statement that Jesus uttered in a garden. In this brief message, Dr. Merritt addresses how surrender brings us into communion with Almighty God.

Pastor's Note: This message is slightly shorter than most Pastors Edge messages, as it was originally preached as an introduction to a Communion/Lord's Supper service. For this reason it is also priced at a lesser cost.

"The most typical term that Jesus used to address God was 'Father.' Altogether, over 165 times in the four gospels Jesus calls God 'Father.' It was by far and away his preference in addressing God. That tells us that our relationship to God, as Father, makes it a preferred relationship; a relationship that takes priority over every other relationship on earth. It is interesting to note that in the Old Testament God is specifically called 'Father' only fifteen times. Sometimes He is called the Father of Israel. Sometimes He is called the Father of individuals. But nowhere in the Old Testament is God ever personally addressed as 'Father' in prayer. That was a distinction Jesus made and that Jesus has passed down to us." --Dr. Merritt