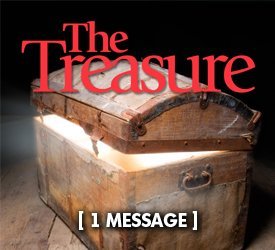 Economically, we may be in the worst condition we have ever been since the Great Depression. Politically, the divide in our nation may be the greatest since the Civil War. Culturally, we are watching the greatest upheaval of values and morals since the 1960s. Socially, the immigration issue is causing fences to go up both outside our borders and inside our country. Talk to anybody in this country right now, there is a tremendous sense of unease and uncertainly about where we are and where we are headed.

The big question when thinking about our nation has nothing to do with oil spills, deficits, immigration, wars, Wall Street or the Dow Jones. In this message, Dr. Merritt addresses the bigger question. It is among the most heated debates we are having across this nation and that is, “Does God fit into our nation anymore?” Not just in the church, but in the country, in the culture and in the public arena. If He does fit, where does He fit and how does He fit? This message, originally preached during the Independence Day weekend, takes a direct and pointed look at the National Treasure that God is to our nation--and how we have strayed so far from Him as individuals and as a people.

"God called Israel to be a nation that would live under the rule of law; a law that would be based on His unchanging law. Our Founding Fathers established the same kind of system in this country. Like it or not, they understood there is an indissoluble connection between law and God. Even the thought of “obeying the law” goes all the way back to the Bible and the Nation of Israel." --Dr. Merritt