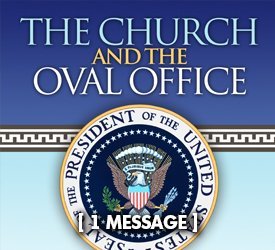 The Church and the Oval Office

We live in an increasingly divided and partisan culture. With each election cycle the rhetoric gets more vicious, the lines more stark and the calls for action more heated and contrary. The President of the United States may be "the most powerful man in the free world", but he also governs a nation with a multitude of challenges and problems, none of which is an "easy fix". What is the church's first and best support for the leader of the United States? In this message, Dr. Merritt explains how prayer for our President is not only the best and first way Christians can support him, but it is a biblical New Testament mandate for us to do so.