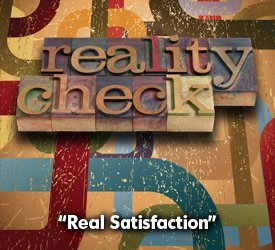 The Rolling Stones sang about getting "no satisfaction". When it comes to contentment, most of us run a little short. We are constantly wanting, looking, seeking and searching for whatever is summed up in our version of one word--"more". So many people go through life thinking that contentment is just one more something away. If they could just relocate, they would be content. If they could just go to another church, they would be content. If they could just get a job in another community or another job in the same community, they would be content. In this message, Dr. Merritt takes on the battle for contentment in the heart and mind of the Christ-follower. Where do we find real and lasting satisfaction? Can we really be satisfied in our lives, our purpose and our relationships, and know that it's real?