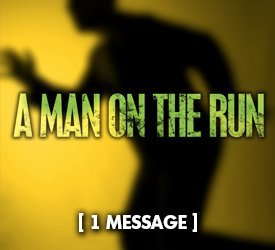 A Man on the Run

Jonah didn't start out well. First, he resisted God, then rebelled against God, then tried to run from God. As we study the story of Jonah, we'll see his heartache and disobedience, but much greater than this, we learn about the heart of God. The book of Jonah tells us that God has a missionary heart, and that He wants sinners to return to Him in repentance. In this message, Dr. Merritt looks at the four stages in Jonah's life, represented by the four chapters of the book. Through the book of Jonah, we see a picture of a God that is gracious, merciful and slow to anger--and a prophet who ended up being just the opposite.

"The portion of Jonah's story when he is swallowed by a fish has been ridiculed as unrealistic, mythical, non-historical, a fairy tale. Pseudo intellectuals and biblical critics say it is impossible for a fish to swallow a man, keep him for three days, spit him out on dry land, and the man live. To those critics I would have to say: 'With God, all things are possible.' Incidentally, this was not an ordinary fish. Verse 17 says, 'Now the Lord had prepared a great fish to swallow Jonah.' This was a specially prepared fish. This is one of the stories in the Bible that brings us to the understanding by faith that God has the right and capability to do anything He desires in order to have His purpose fulfilled." --Dr. Merritt